This guide's purpose is to provide information and contains statistics, first person accounts, and legal cases detailing the extent to which LGBTQ+ people of varied intersexualities face adversity, particularly within the U.S.

Also check out our LGBTQ+ Fiction and Adaptation guide for storytelling by, and featuring, LGBTQ+ people!

Definitions and burbs about the identities and terms mentioned within this guide's articles, books, film, and other media: 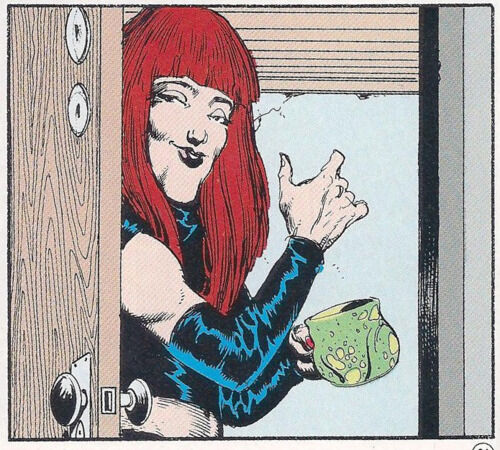 Sex - "Sex" refers to physical sex characteristics such as genetic differences and genitalia.  Examples are "male" and "female", but these two sex categories are not all-encompassing.  See Susannah Temko's TedTalk under the "Video and Film" page of this LibGuide!

Gender - "Gender" is a social construct based on cultural ideas of what is feminine and what is masculine, as well as an individual's concept of self.  Examples are the binary genders, "man" and "woman", and other genders such as "genderqueer", "nonbinary", "agender", and so on.

Cisgender - This is simply a term that refers to people whose sex assigned at birth is in line with the larger culture's idea of the corresponding gender.  Ex. A person who is determined to be female at birth and identifies as a woman.

Queer -  "Queer" as a sexual/romantic preference functions as an umbrella term for all non-hetero identities and can't always be neatly defined because every sexually diverse person's preferences are unique.  The term "queer" can refer to either one's (non-heterosexual) attraction or one's gender identity (ex. genderqueer) depending on the context.

It should be noted that the term "queer" has a derogatory origin and that only in the last couple decades have (primarily younger) LGBTQ+ people reclaimed the term as one that is versatile, positive, and affirming.  That said, it should not be assumed that it is alright to refer to a specific person as "queer" unless that person identifies with the term.

Transgender - A transgender person is someone whose sex assigned at birth paired with the larger culture's idea of the corresponding gender do not accurately reflect one's sense of self.  Ex. A person who is determined to be female at birth but identifies as a man, also known as a transman.  Learn more in this quick but succinct video here.

Note that the term "transsexual" is occasionally still used by some trans people as a self-identifier, but as language has evolved, it has largely been replaced by "transgender" or simply "trans".  This is because it does not include the word "sex" or suggest that one has undergone any medical treatment as a qualifier for one's trans identity.

Two-spirit - This is an Indigenous North American umbrella term for Native people who fulfill a third-gender role in their culture, have both masculine and feminine attributes, and is used to describe a sexual, gender, and/or spiritual identity. Learn more here.

It is important to note that "Two-spirit" is to be exclusively used to identify Native people who identify as such and is not necessarily the same as "queer" or "transgender" because Native American idea's about sex and gender throughout history do not translate neatly into the now culturally pervasive definition's of sex and gender instilled by European colonizers.  Learn more about this in "Indigenous Sexualities: Resisting conquest and translation" under "Articles" in the "Articles and Podcasts" page of this LibGuide!

"Agender", more specifically, refers to someone who does not identify with any one particular gender, considers themself genderless, and prefers to simply not identify.  Learn more here.

Intersex -  "Intersex" refers to people who are born with varied and sometimes ambiguous sexual characteristics including chromosomes, hormones, and genitals which do not neatly fit into the binary sex categories of "male" and "female".  Learn more here.

Lesbian/Gay - This one may seem pretty intuitive - a "Lesbian" is a woman who is sexually/romantically interested in women and a "Gay" man is interested in men.  "Gay" has also been increasingly used as an umbrella term for all sexually diverse and non-heterosexual people.  Within lesbian culture, it is also common for "lesbian" to have varied applications and subtexts.  For example, plenty of nonbinary and agender people, regardless of presentation, identify as lesbians.

Bisexual/Pansexual - "Bisexual" is commonly known as a person who is attracted to both men and women while "Pansexual" is known as being attracted to all genders.  However, "Bisexual" can also mean attraction to any two genders and not just the binary genders, and in some cases is also synonymous with "pansexual".