A guide for 1L, LL.M., and other students new to Penn Law.

What is a brief?

A brief is a written summary of the case.

How to prepare a brief

To prepare one, you must distill the case's most important parts and restate them in your own words. The effort will provide a variety of important benefits.

Read the case carefully and thoroughly to describe the case accurately. Describing the case in your own words forces you to determine exactly what the courts said, which concepts and facts were essential to its decision, and the proper legal terminology and procedures.

Steps to briefing a case

There are many different ways to brief a case. You should use the format that is most useful for your class and exam preparations. Regardless of form, every brief should include the following information in steps 2-9.

2. Use the right caption when naming the brief.

A brief should begin with the case name, the court that decided it, the year it was decided, and the page on which it appears in the casebook.

Next, state the facts of the case. This section is necessary because legal principles are defined by the situations in which they arise. Include in your brief only those facts that are legally relevant. A fact is legally relevant if it had an impact on the case's outcome. For example, in a personal injury action arising from a car accident, the color of the parties' cars seldom would be relevant to the case's outcome. Similarly, if the plaintiff and defendant presented different versions of the facts, you should describe those differences only if they are relevant to the court's consideration of the case. Because you will not know which facts are legally relevant until you have read and deciphered the entire case, do not try to brief a case while reading it for the first time.

With the statement of facts, you have taken the case to the point at which the plaintiff filed suit. The next section of the brief, the procedural history, begins at that point and ends with the case's appearance in the court that wrote the opinion you are reading. For a trial court opinion, identify the type of legal action the plaintiff brought. For an appellate court opinion, also describe how the trial court and, if applicable, the lower appellate court decided the case and why.

5. State the issues in question.

You are now ready to describe the opinion you are briefing. In this section of the brief, state the factual and legal questions that the court had to decide. To analyze a case properly, you must break it down to its component parts.

6. State the holding in your words.

In this section, separately answer each question in the issues section. For quick reference, first state the answer in a word or two, such as "yes" or "no." Then in a sentence or two, state the legal principle on which the court relied to reach that answer (the "holding").

7. Describe the court's rationale for each holding.

You now should describe the court's rationale for each holding. This section of the case brief may be the most important, because you must understand the court's reasoning to analyze it and to apply it to other fact situations, such as those on the exam. Starting with the first issue, describe each link in the court's chain of reasoning.

Describe the final disposition of the case. Did the court decide in favor of the plaintiff or the defendant? What remedy, if any, did the court grant? If it is an appellate court opinion, did the court affirm the lower court's decision, reverse it in whole or in part, or remand the case for additional proceedings?

Concurring and dissenting opinions are included in a casebook when they present an interesting alternative analysis of the case. Therefore, you should describe the analysis in your case brief. It will help you see the case in a different light.

Briefing cases and outlining your courses are important skills that will help you as you prepare for classes and study for law school exams.  This page offers some tips and tricks for doing both. 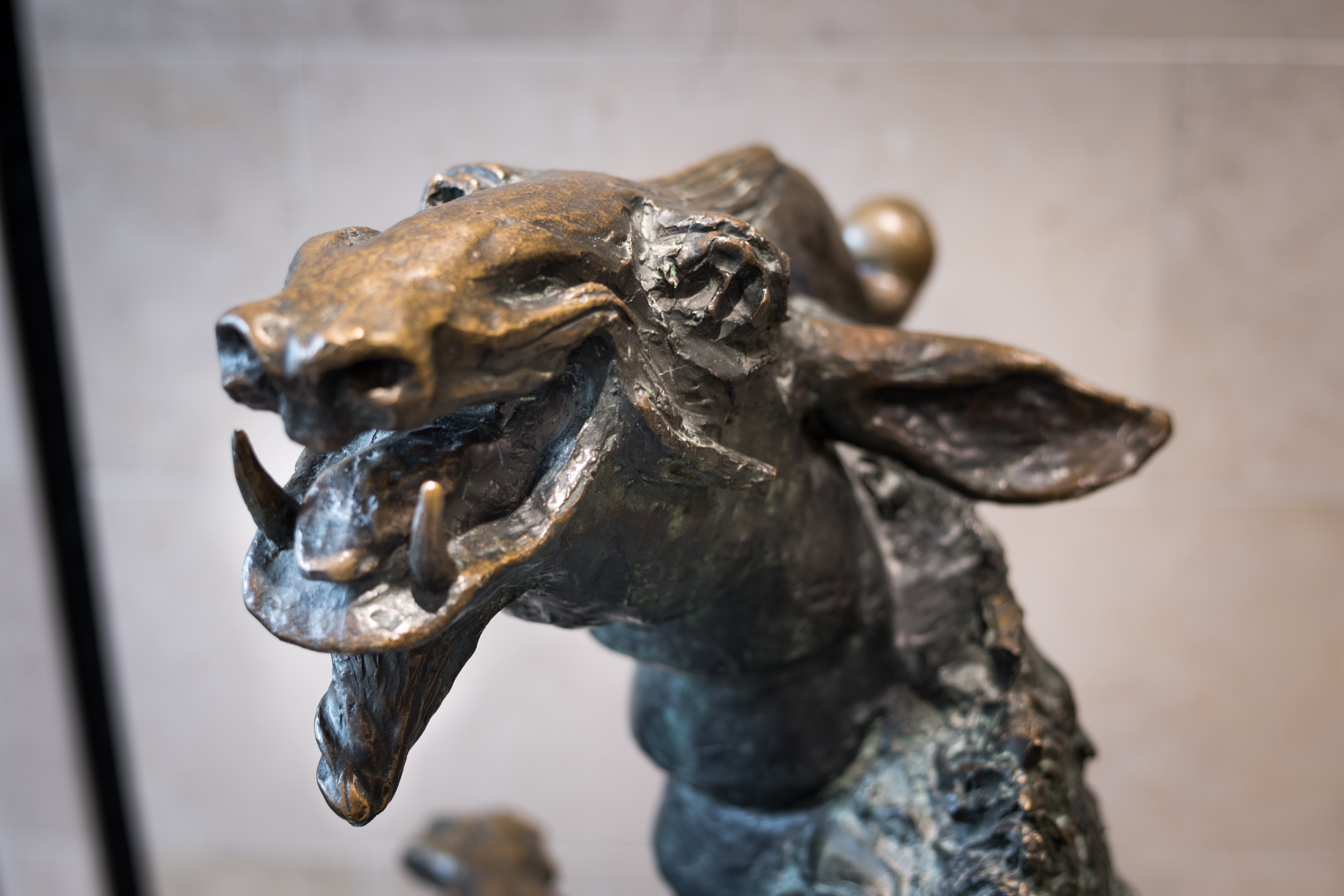 Begin an outline as soon as you have finished a chapter of the casebook, and supplement the outline as you finish each additional chapter. A chapter ending is a good time to outline because the materials in a chapter normally all relate to the same subject and provide a natural organizational unit. by outlining at the end of each chapter, you also will stagger the taks of outlining among your courses; normally, you will finish chapters on different days in different courses. You also will spread the work of outlining over the entire term, rather than trying to prepare complete outlines for each course in teh days immediately before the exams.

To begin outlining, review your notes and case briefs for the chapter to identify its main topics. The casebook's table of contents can help you in this process. For each topic, gather the following information:

2. Relevant rules of law, including a description of each element that must be satisfied for the rule to apply and any differences among the jurisdictions;

3. Exceptions to the rule;

6. Any important historical background; and

There is not one proper outline format. The best format depends on the course materials and on the organization that is most helpful to you. To keep the outline to a usable length, avoid including tangential matierals no matter how interesting they are. Despite the need for consiseness, however, include an example of how a rule applies if the rule is particularly complex or abstract. An example can make the rule more understandable and memorable.

Outlining will be slow going at first. Just as with case briefing, however, you will become more proficient. As your outlining skills improve and as you cover more matieral in each course, review the earlier portions of the outline to correct and to supplement them.