The Archives of Biddle Law Library preserves, promotes, and provides access to the archives of The American Law Institute (ALI), and the National Bankruptcy Archives (NBA), as well as a collection of rare books, manuscripts, and Penn Law historic records.

The Archives and Special Collections office is located on the second floor of Tanenbaum Hall, room T-251. 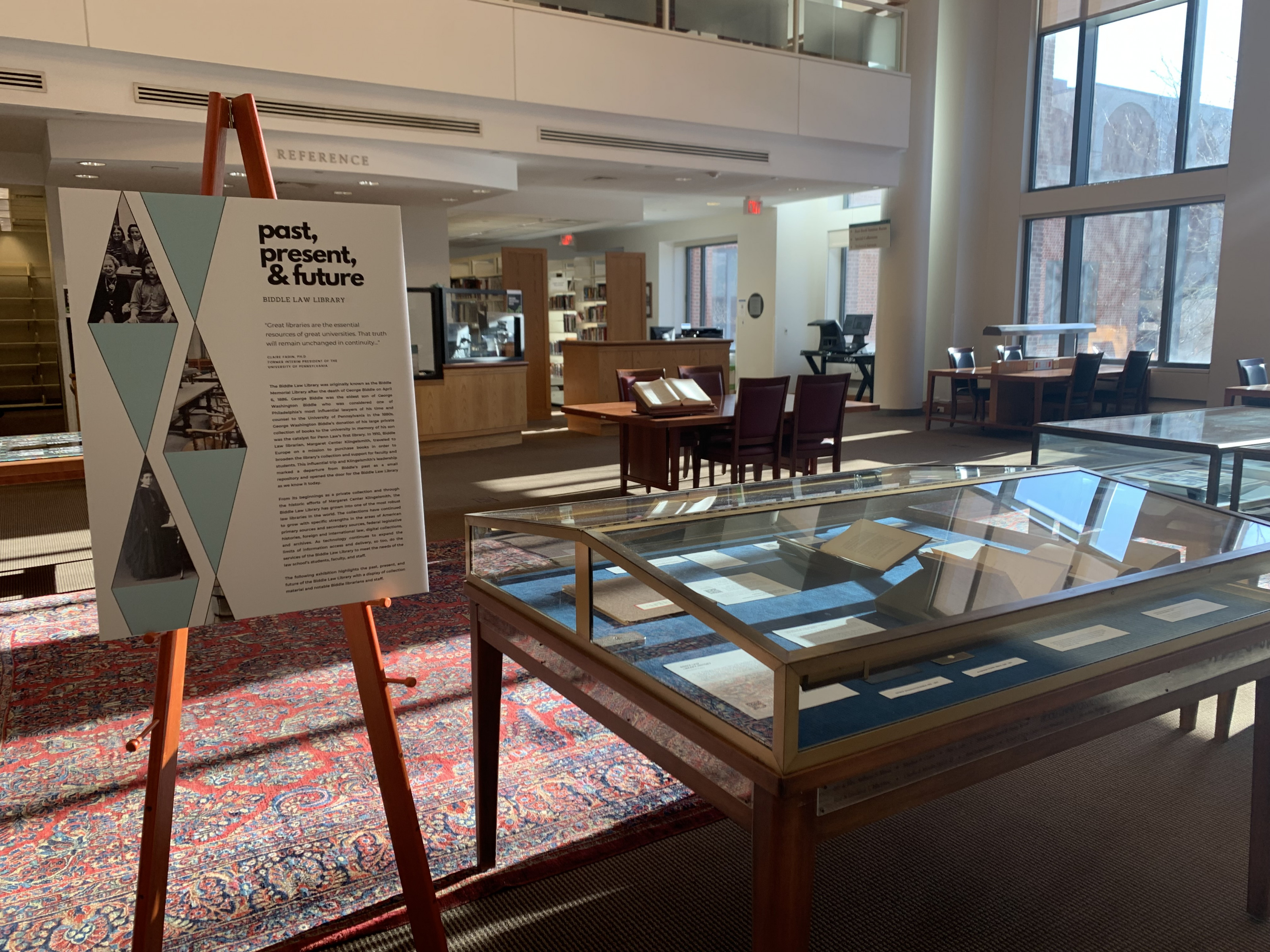 The current exhibition in the library’s Gateway highlights significant people and events in the history of Biddle Law Library. This display of rare books, archives, and current collections will be in the Biddle Gateway until the end of summer. 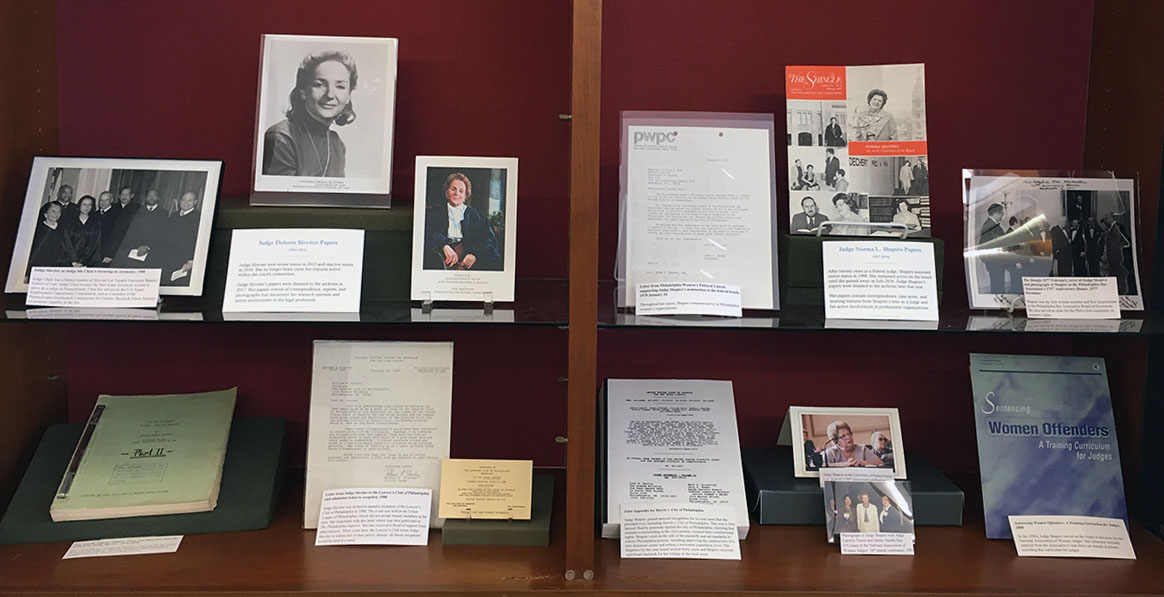 The Archives and Special Collections Department has recently processed the Judge Norma L. Shapiro Papers and the Judge Dolores K. Sloviter Papers. The Honorable Norma L. Shapiro was the first woman to serve on the United States District Court for the Eastern District of Pennsylvania upon her induction in 1978. The Honorable Dolores K. Sloviter was the first woman appointed to the United States Court of Appeals for the Third Circuit in 1979. Both judges were alumnae of the University of Pennsylvania Carey Law School. Judge Shapiro graduated as the only woman in her class in 1951. Judge Sloviter followed five years later. Materials from the two collections are featured in the exhibit “Beacons of Hope,” currently on display in the Biddle Law Library’s Rare Book Room (T-253). Included are resources each judge collected on the history of women in the legal profession and the work of the Third Circuit Task Force on Equal Treatment in the Courts. 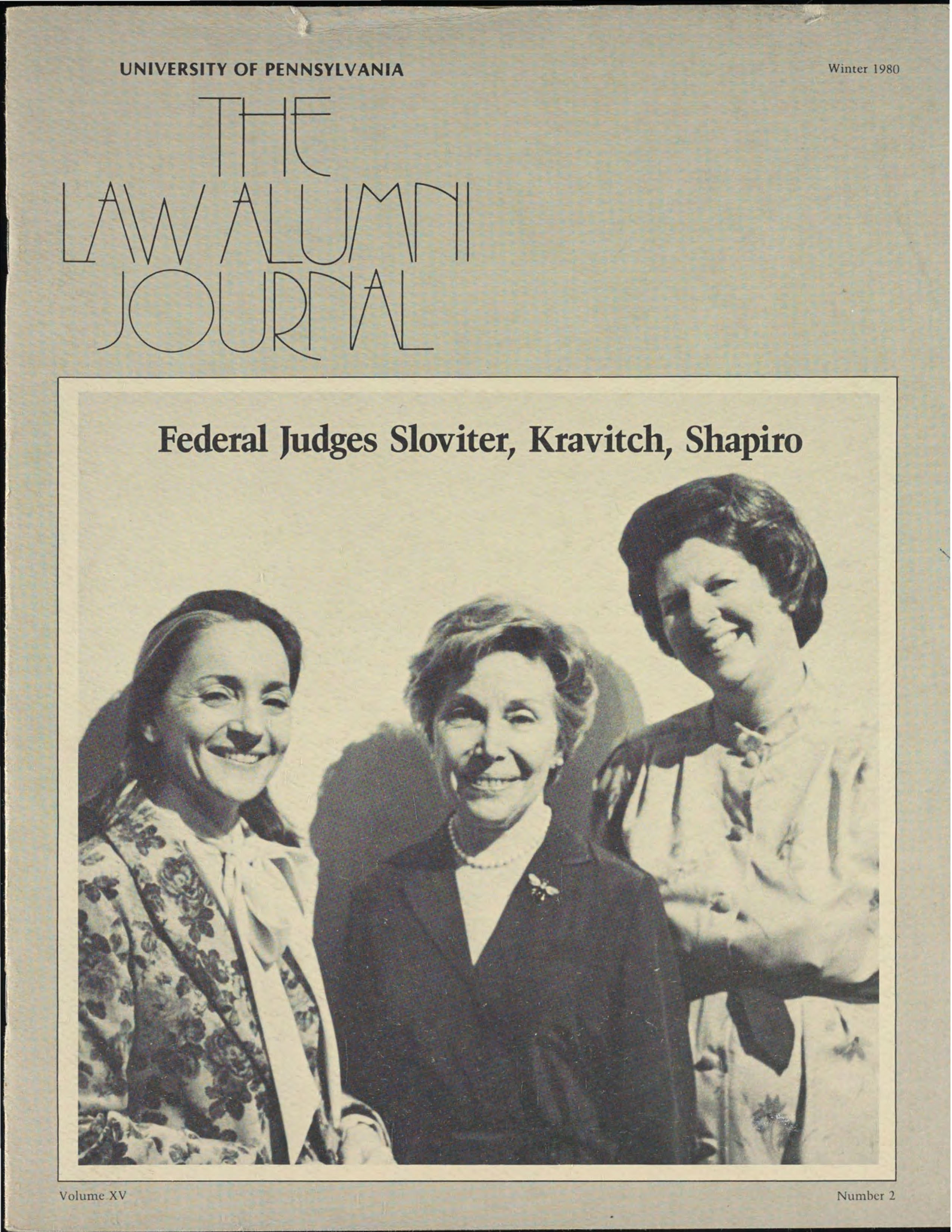 "Benchmark: Penn Law Women and the Federal Courts" highlights the careers of Penn Law alumnae who have served or are currently serving on the federal judicial court system. The women featured in this digital exhibition provide a wide lens of exemplary accomplishments, and by highlighting their careers it also provides greater insight into the evolving historical context of women entering into federal judicial service. 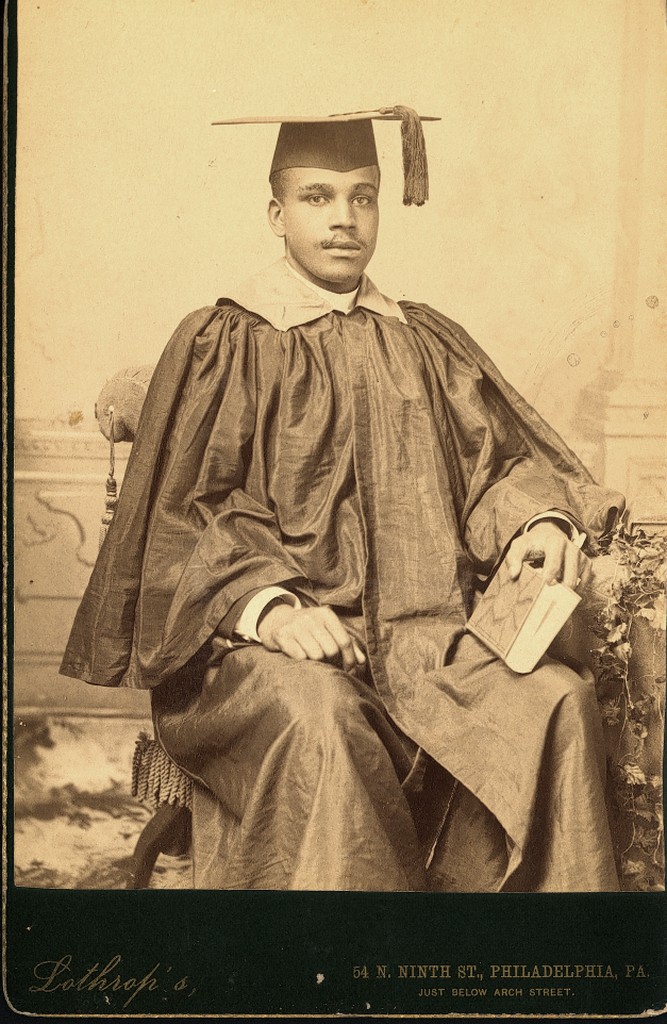 The Penn Law Milestones series of digital exhibitions celebrates the accomplishments of students, faculty and staff. Penn Law has been celebrating Black accomplishments since 1888 when Aaron Albert Mossell became the first Black man to graduate from Penn Law. This exhibition provides a list and an accompanying visual timeline to outlines Black history here at Penn Law.